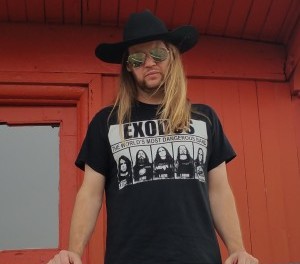 The Shred-Neck Charlie Bonnet III talks to Dick Darin and Stew of Str8hustlin.com. CB3 talks about getting started early with his metal band Disarray, playing with Big Smo, co-founding the band Moccasin Creek to his current solo work with Dammit Boy Records(Jon Conner & David Ray). Charlie has a legion of fans and its easy to see why. From writing all his songs, his live performances, to his down to earth-cool personality Charlie newer disappoints. His brand new single and music video, titled “Hillbilly Rock Star”, has been released and is taking off. Also he is set to release his solo album, titled “A Hotel In Valdosta”, I definitely am a fan and I am looking to see Charlie live soon. For all information regarding Charlie Bonnet III, including his new single and tour dates, please visit: http://cb3music.com
Please Listen or Download